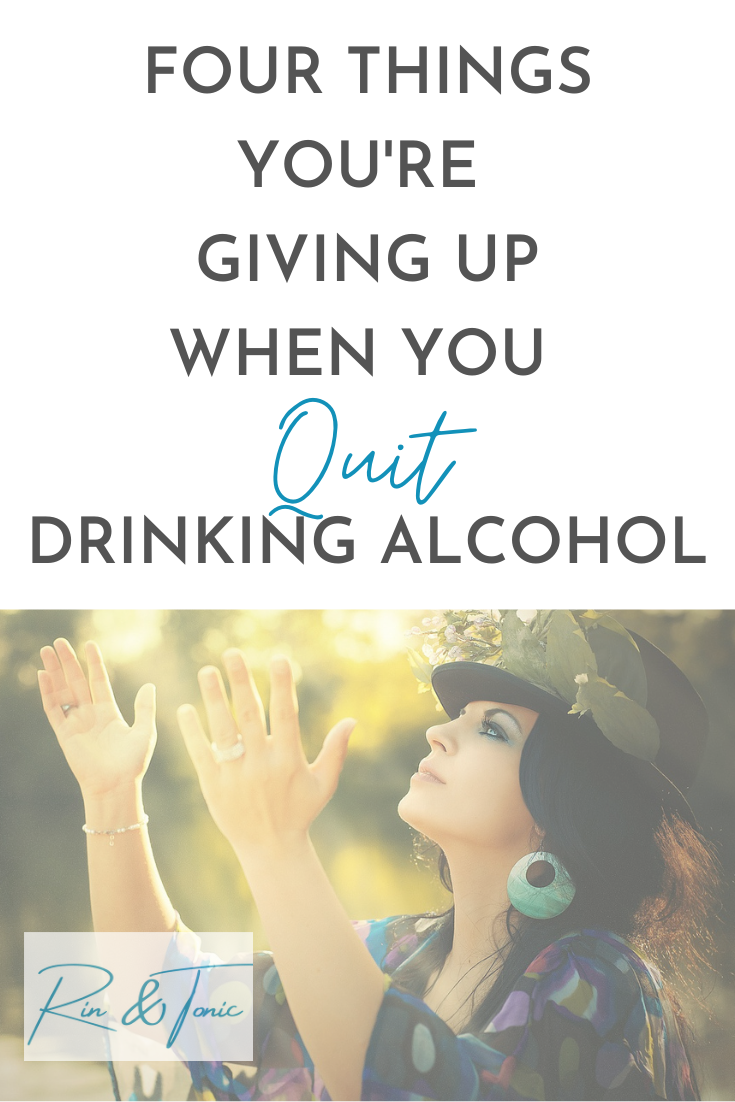 Always do sober what you said you’d do when you were drunk. That’ll teach you to keep your mouth shut.

“Don’t you miss it?” — the question I’ve been asked a bunch of times since I quit drinking alcohol.

“Sometimes, but not really.” — my usual response.

“Well, you’re much more driven than I am, I couldn’t quit drinking, I love my wine too much, how do you stick to it?” — the question I’ve been asked at least half a dozen times since I quit drinking alcohol.

“Have you ever had a wine hangover? Thinking about that makes the thought of drinking pass pretty quickly. I guess I’m motivated by waking up clear-headed, feeling rested, and without a head full of anxiety.” -my usual response.

So many people view giving up alcohol — or anything really — as being deprived. And I suppose by nature abstaining from anything could be considered deprivation. Or it could be viewed as the opportunity to gain something else in its place. It’s merely a matter of what your relationship is with that something that determines which end of the spectrum not having it will fall.

I don’t view giving up alcohol as losing out on anything. There was a period at first when I would have the impulse to want to order a drink if I was going out for a meal, but after the first few times, I noticed a few of the positive aspects from NOT drinking with my meal:

Four things you’re giving up when you quit drinking alcohol

It’s almost as if when it comes to drinking, quitting is seen as giving up on a fulfilling social life or social activity. Some people can get distant when you decide to no longer drink (I’ve recently written a post about what’s going on when that happens), and that often sucks, and although that can be seen as something you’re ultimately losing out on, it’s not. People who no longer want to include you because you’re doing something positive for yourself, have their own stuff going on and all you can do is be there for them when you feel comfortable, but that’s mostly on them, not you.

So, here’s four things you’re giving up when you quit drinking alcohol.

Not drinking alcohol doesn’t have to be about what you’re giving up – it is an opportunity for new experiences, better health, and time and resources to accomplish more of the things you want to in your life.

For many people, giving up alcohol can feel scary, but it doesn’t have to be. There is nothing to fear about changing something about your life that isn’t serving you any longer.