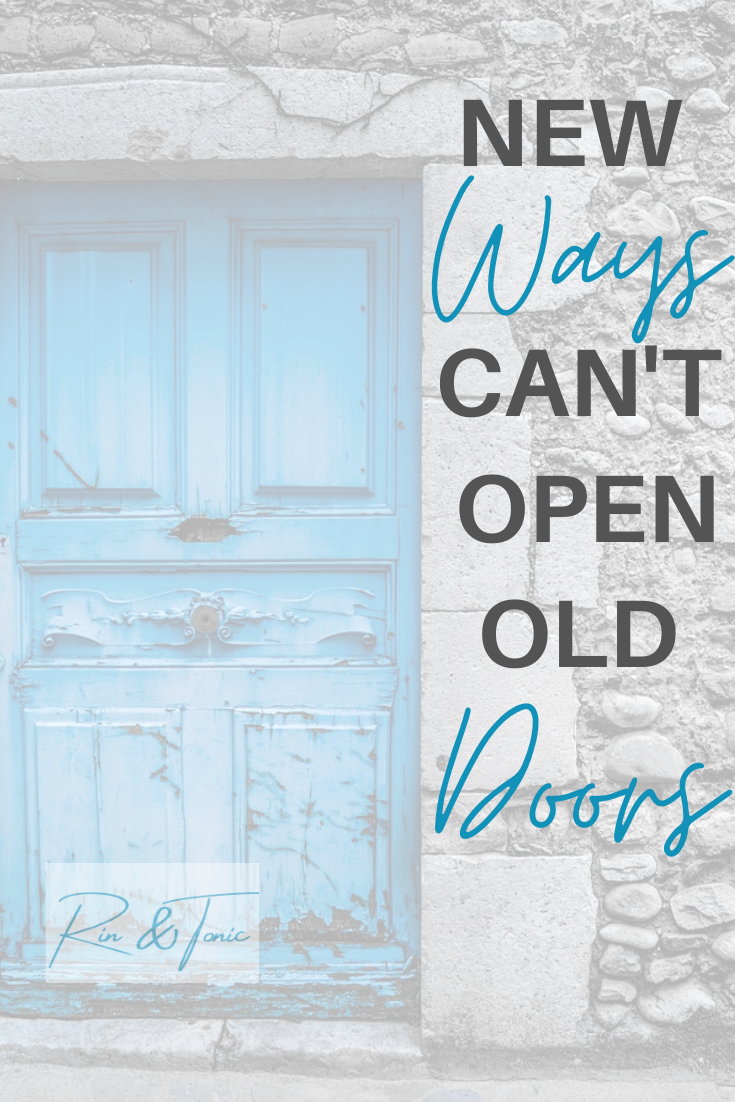 Did you read that title correctly?

Did I write that title correctly?

But I saw this quote a few times last week and thought it was the universe’s way of letting me know I had to at the very least think about it.

When I wholeheartedly decide to make a change in my life – commit to it full-throttle – I find that I can’t go back.

Sure, I could go back, but something inside of me always reroutes my urge.

For example, when I decided to give up alcohol for good, I took it one day at a time and made a pact with myself that I would not allow the overwhelm of saying, “I’m never going to drink again.”

I know that I don’t want to and for the first six months that was enough for me to stick with my commitment.

Now, 19 months in, I find that I no longer have the impulse to have a drink when I’m stressed or upset. The thought of it seems so absurd that it is incredible to me that for so long that was my go-to way of coping.

My default now when I’m upset or feeling unravelled is to honestly sit with the discomfort and work my way through it by breathing, meditating, exercising, writing, talking to a friend, or looking at pictures of otters (highly recommend this one, by the way!).

As I allow myself the time to feel all the feelings and I take new actions to work through my stress and sadness, I find that I can’t even fathom how I ever thought delaying my feelings was the right way to cope.

What I am saying now is nothing more than the development of new habits in place of old habits. And I realise now that the quote I’ve been living by is not that old ways won’t open new doors – which is absolutely true – but that my new ways can’t lead me to try and open old doors. I’m not even in the same building I used to be.

What is a habit? The programming of your subconscious mind that keeps you in alignment with the idea of yourself that your conscious mind is operating with, right?

If you want to create a new personal reality, a new life, then you would have to start thinking about what you’ve been thinking about and changing. You would have to become aware of your unconscious thoughts and observe them. You would have to pay attention to your automatic habits and behaviours and modify them. You would have to look at emotions you live by every single day – connected to your past – and decide whether those emotions belong in your future. Most people try to create a new personal reality with the same personality, and it doesn’t work. You literally have to become someone else. Your brain is organised to reflect everything you know in your life. Your brain is a record of the past. It’s an artefact of all the things you’ve learned and experienced up to this moment. There is a saying in neuroscience that goes, ‘Nerve cells that fire together, wire together.’ If you’re thinking the same thoughts, making the same choices, demonstrating the same behaviours – and reproducing the same experiences that stamp the same networks of neurons into the same patterns – you’re going to hardwire your brain into a very finite signature. Because as you fire and wire the same circuits, in the same way, those circuits begin to become more connected. If you do something over and over again, the repetition of actions conditions your body to do it better than your mind. A habit is when your body knows better than your mind. You’ve done something so many times that the body now knows how to do it better than the brain. 95% of most people’s behaviours, attitudes, thoughts, beliefs, emotional reactions are subconscious programmes.

When you stop a habit and begin to reprogramme your reality, it will feel super uncomfortable. The reason you’re uncomfortable has less to do with the absence of the coping mechanism and more with your true self communicating to you. It’s communicating that you’re doing the right thing. These moments are when you should keep going.

So often we throw in the towel or convince ourselves that it’s not so bad, it’s manageable, and this time it will be different. That’s when I believe the saying, ‘old ways won’t open new doors’ to be true. That is the definition of insanity; trying the same thing and expecting different results.

When you reprogramme your emotions and personal reality, you will find that there is no going back, because you are no longer the same person, coping in the same ways or living in the same reality.