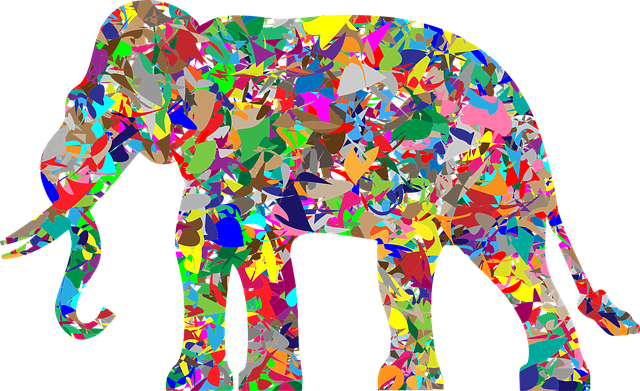 Creatures that represent aspects of the self, the soul, and one’s destiny are known as spirit animals.

They symbolize the animal spirit, which can be seen as a guardian to one’s spiritual path. They are believed to offer strength and power in metaphysical beliefs. In animal medicine, it is believed that humans have affinities to animal totems because we share similar life experiences with them.

A totem is an object that has meaning in a spiritual sense, especially to Australian Aboriginal peoples and Native American Indians. The belief is that when someone’s totem appears to them in their dreams or meditation visions, they are meant to move down new paths or take on new responsibilities in their life.

All things share the same breath – the beast, the tree, the man. The air shares its sprit with all the life it supports.

HOW TO UNDERSTAND THE MEANING OF YOUR SPIRIT ANIMAL

In Native American and Aboriginal spirituality, a totem animal is a spiritual being believed to give some power or blessing to an individual. It also serves as an emblem of group or family identity. Discovering our spirit animal or totem can help us be honest, open, and reflective about where we can experience personal growth.

Understanding your spirit animal is an integral part of getting to know yourself. It offers a lot of insights into your personality and how you are most like to behave toward others.

Spirit animals have always been respected; people believed they could inherit their strengths when wearing certain animal body parts.

For instance, in Native American culture, wearing eagle feathers communicates that each worn feather was earned through good deeds and bravery.

Totem animals can offer different kinds of understanding about an individual and their life. Finding out the totem animal for someone can help them understand themselves better, making it easier for them to be themselves in their current or future lives.

These animals can be considered messengers of the divine and are often seen as possessing extraordinary abilities.

Understanding your spirit animal can help us better understand ourselves and our personality, and often we are drawn to the animals with qualities we lack and wish to improve.

Spirit animals can also help us manage our energy, process emotions more efficiently, and live in balance with both sides of ourselves.

Some people may need to know more about their spirit animal before picking one out. They may want to explore what each one means and see which one best fits them as a person before deciding on which one to choose as their totem animal. This choice can be difficult for some people because many animals could be right for them, but perhaps only one that is perfect for them.

WHAT DOES A SPIRIT ANIMAL REPRESENT, AND WHY IS IT IMPORTANT?

Many cultures and religions have traditions of choosing an animal to show spiritual significance. In the Jewish faith, a person may be given the name of their totem as their Hebrew name.

In some cultures, a totem is an animal chosen by one’s family as a spiritual protector.

Christians believe that God gave us his animals to use when we need protection from our sins.

In many Native American cultures, an animal spirit helper is believed to be a kind of guardian who provides support, protection and sometimes inspiration to the person it protects.

Each person is believed to have a spirit animal that is their guardian. It is a creature with specific traits which one can identify.

Totems are potent spirits that exist in animal form or human form. They are sacred symbols or objects of faith that are worshipped as intermediaries between the natural and supernatural worlds.

It is a belief totem animals have control over the natural world, especially concerning animals and plants. The term “totem” derives from the Algonquian word “otetom,” which means “my kinship.”

Crow: Crows are considered to be the spirit animal of anyone who is fiercely determined, intelligent and cunning. An individual needs to be strong to be the crow totem’s carrier.

Cat: Cat totems are independent, playful, and confident. They are also brilliant and curious animals that are very sensitive to their environments. Cats can represent independence and wildness because they hold no attachment to anything that could tie them down or restrict their movements.

Deer: Deer are often associated with quickness and resourcefulness. It is one of the most spiritual animals in the world and one of the best totem animals to have as a spirit guide.

Elephant: It is believed that those who choose the elephant as their totem animal are generally friendly, and kind-hearted, and tend to keep their friends and family closer.

Fox: The fox is an intelligent animal who can be cunning and tricky, but they also possess a natural sense of humor and are also known for their ability to charm. The fox spirit animal offers protection through cunning, laughter and wisdom.

Horse: The horse symbolizes material wealth, vitality, courage, and ambition. If a person dreams about a horse, it is a sign they are manifesting desires into reality.

Otter: The otter is an animal that has the spirit of playfulness. They are agile and love to explore things. They have a wide range of skills, including digging, climbing and even handling fish. The otter’s intelligence makes them great at problem-solving. In addition, they are very social animals and have strong bonds with other otters.

CONCLUSION: UNDERSTANDING THE MEANING OF YOUR SPIRIT ANIMAL

The spirit animal is a representation of a specific set of traits that you have. However, many people in the world choose this term to represent an animal based on personal preference.

Each of us has a totem or spirit animal with whom we feel connected, for which we are physically, mentally, spiritually and emotionally in sync.

Some people think of their spirit animal as physical attributes, and others see it as what makes them feel good. Regardless of how you view your totem, there are many traits that it could possess. Here is a list of some of the more common ones:

DO YOU KNOW WHICH SPIRIT ANIMALS OR TOTEMS YOU RELATE TO?