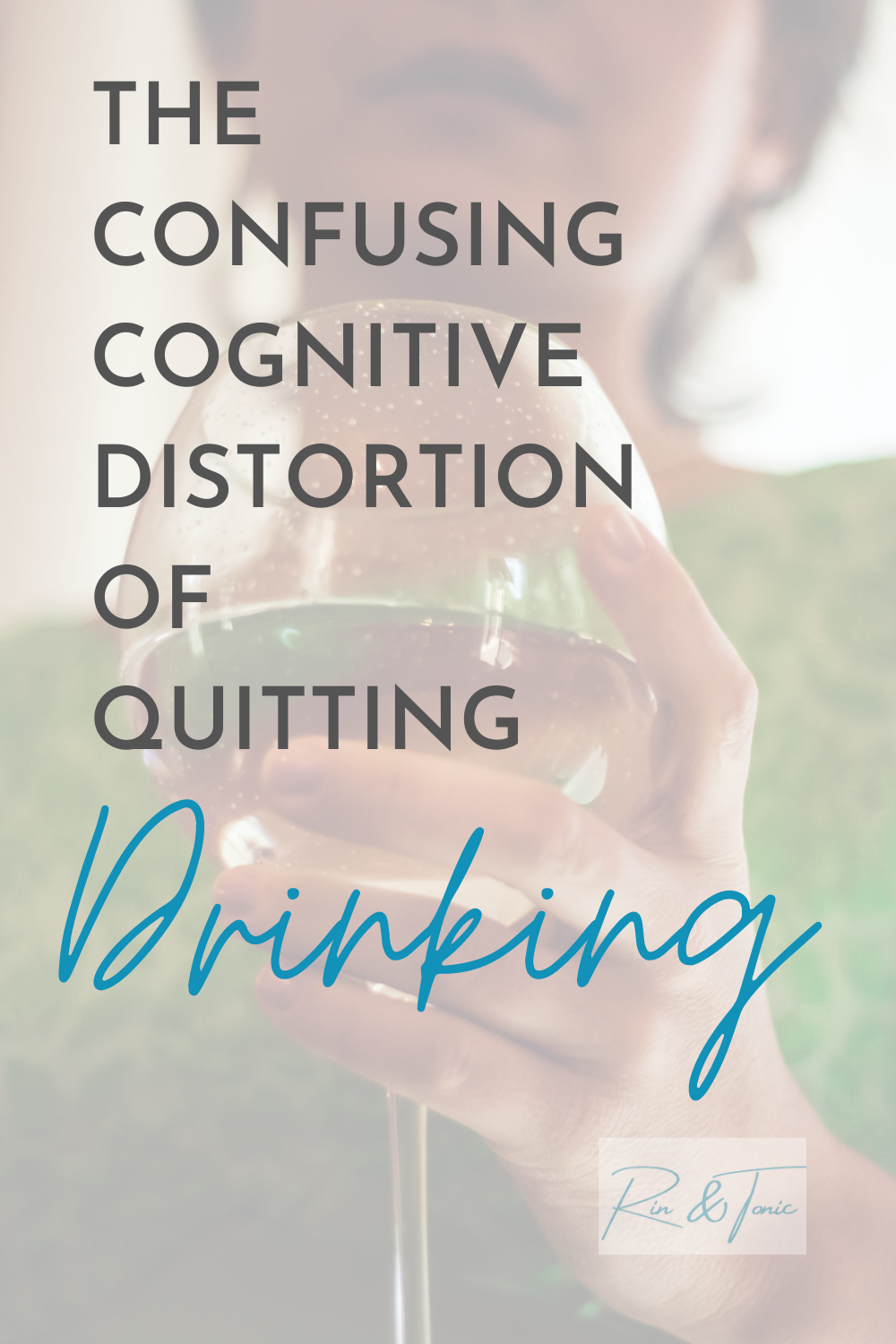 When you quit drinking, you stop waiting.

In most facets of life, we are encouraged to not think in polarised – black and white or ‘all-or-nothing’ thinking. These are formally known as cognitive distortions

Cognitive distortions are ways that our mind convinces us that a particular belief about ourselves is true, despite contrary evidence that it is not.

Living in the grey is logical for most of life’s wonderment. We have to be flexible and open-minded to live in contrast and to attain personal growth.

This is true except for that which does not positively serve you.

If you want to honour your highest self – your soul consciousness, aka you who is always there, but often disconnected due to your Ego’s interference – you must choose things that serve you and enable you to grow in positive alignment with your path.

When it comes to alcohol (or anything that is an addictive component in your life), living in the grey is not an option for some people. So, it’s a confusing cognitive distortion.

One cognitive distortion for some drinkers is that they can limit or cut back on how much – or what – they drink, and then they will be okay.

You know this is true if you’ve ever made up arbitrary rules about alcohol.

“I’ll only drink between 5 pm on Fridays and 8 pm on Sundays.”

“I’ll only drink red wine. It’s got health benefits.” (I love this one).

“I’ll only drink on days that end with ‘day'”

“I will drink any wine only. Red, white, it doesn’t matter – it’s all the better for me than the hard stuff.”

The cognitive distortion that you can drink sensibly, without any negative consequences – as long as you follow a made-up rule book – is one that many people who eventually quit drinking have tried time and time again.

We convince ourselves that THIS time we’ve figured out the way, we can have a sensible relationship with alcohol.

But it’s not true. Because you can limit the type, time and frequency of your alcohol consumption, but it doesn’t change the effect or the consequences.

Try as we might, we convince ourselves that we can have a healthy relationship with drinking; it is simply not true.

You can limit the type, time and frequency of your alcohol consumption, but it doesn't change the effect or the consequences. #soberoctober #sobriety #noalcohol #alcoholfreeliving #sobercoach Click To Tweet

Maybe, on occasion, you have played by your rule book, and you didn’t say or do something you shouldn’t have, or you didn’t wake up regretting your decision. But for every time you succeeded in sticking the landing of your mental gymnastics, there are fifty times you woke up trapped in the vicious cycle of denial.

To test the validity of cognitive distortion, you can apply Socratic Questioning – Cognitive Restructuring – to challenge an irrational thought by replacing it with a restructured version of the question.

Thought to be questioned: “I can drink sensibly as long as I don’t drink on weeknights, and I only drink wine.”

Three examples of Cognitive Restructurings (Socratic Questionings) of this thought:

I would engage in the white part of black and white thinking, and then I would start the cognitive distortion that I needed to place arbitrary rules, and then I could comfortably live in the grey.

But there is no shade other than white that works for some of us.

And that’s okay, no mental gymnastics is required to stick that landing.