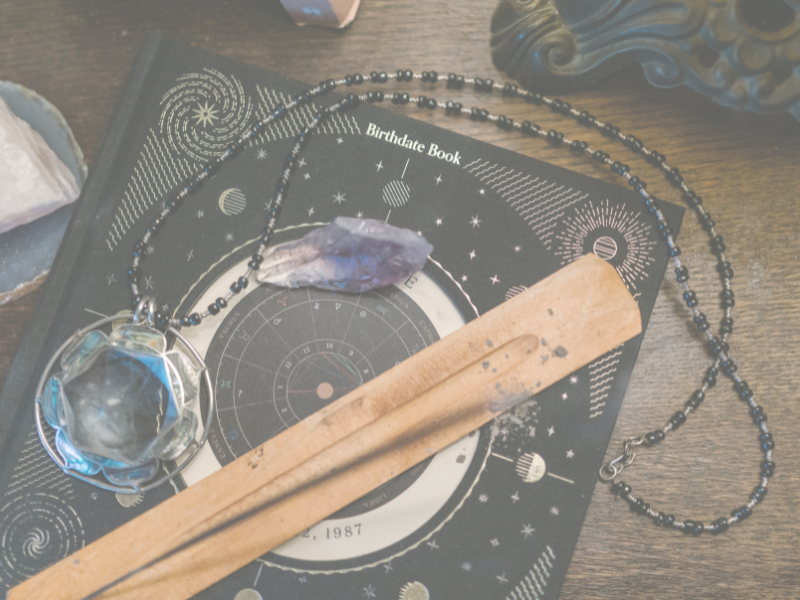 Most people read daily/weekly tabloid horoscopes. There have been debates amongst the spiritually savvy about which branch of astrological study is the preferred type, Vedic or sidereal zodiac or Western (tropical) astrology. Is one more accurate than the other, and why are there two different types? And what elements separate one form of astrology reading from another?

Four sets of hymns, known as Vedas – meaning ‘knowledge or insight’ – include, but are not limited to, philosophy, yoga, healing, and astrology. Vedic astrology is based on a Bandhu (a link to the Vedas’ micro and macrocosm or inner and outer worlds) and relies primarily on the sidereal zodiac. The sidereal zodiac differs from the Western-based, tropical zodiac due to its measurements of the vernal (Springtime) equinox, which marks the Sun transiting through the constellation Aries’ stars.

Ancient seers saw the purpose of Vedic astrology as a means to help beings see their path in life both in a micro/macrocosmic capacity. The earliest documentation of Vedic astrology dates back over 5000 years ago. Historically, ancient astronomers and sages passed down Vedic astrological discoveries through oral traditions and practices.

WHAT IS WESTERN (TROPICAL) ASTROLOGY

Unlike Vedic astrology, Western astrology utilizes the tropical zodiac, which dictates that the Sun enters the first degree of Aries on or near March 21, regardless of the position of the Sun within the backdrop of fixed stars. Most Western astrological publications utilize the tropical zodiac to provide readings for the masses, so it is no surprise that many people are used to knowing their Western Sun sign for sure. However, in Vedic astrology, you will likely be entire zodiac signs away from where you once thought you were.

THE DIFFERENCE BETWEEN VEDIC AND WESTERN ASTROLOGY

What if you woke up one day to find out you were in a completely different astrological sign? You might feel like you don’t know yourselves at all! However, if you adopted a Vedic view instead of a Western one, this is just what would happen. A Leo Sun could find out they are a Cancer, and a Capricorn Sun could find out they are a Sagittarian. The same rules apply to moon signs and ascendant (rising) signs. You might discover that Vedic astrology feels more like ‘you’ than the Western tropical zodiac system.

The Vedic zodiac also houses 12 signs over 360 degrees and the Nakshatra — a section of the Sun’s path that the Moon transits over 27 cross-sections. The Nakshatra is unique to Vedic astrology and directly corresponds with the Moon’s movement making lunar astrological predictions with better accuracy. The Nakshatra is said to show the nature of the energy flow, which builds personal characteristics and ultimately forecasts a person’s true karma.

The Western zodiac is comprised of 12 houses. An individual’s Sun sign is determined by their moment of birth based on the position of the planets. Western astrology and the natal chart concept were viewed as a form of divination dating back to the time of Mesopotamia in the 5th century BC. Eventually, the Western form of astrological study reached Greece. It was further explored by Philosophers, which helped it evolve into the zodiacs ‘horoscope’ reports we read in magazines and see on social media. The key aspects of interest throughout the natal chart (though many) are an individual’s Sun sign, Moon sign, and Ascendant (Rising) signs. For example, an individual born on July 31, 1980, would be under the Sun sign of Leo. However, an Aries moon and a Capricorn ascendant could depend on the location and time of their birth.

WHAT CAUSES THE DIFFERENCE?

According to history, about two million years ago, the two zodiac systems aligned as one. However, they have drifted apart into two different zodiac measurements/systems over the years. Due to the fallback, there is a difference of 24 degrees between the two zodiac systems. An explanation for this variance is the difference in the Sun’s location within the star’s backdrop for the first degree of Aries – an example of the precession of equinox phenomena, a measurement system caused by the cyclical precession of Earth’s axis of rotation (i.e. the two equinoxes).

Fear not! –All astrology can be taken in as a perspective on the cosmic influence over our lives. If you have always identified with Western astrology, keep going with it! However, you may be surprised when open to the new knowledge and insights you may discover within the Vedic astrology universe! Here is a fun printable poster for finding your Vedic Zodiac sign!

Which zodiac system do you best identify with?