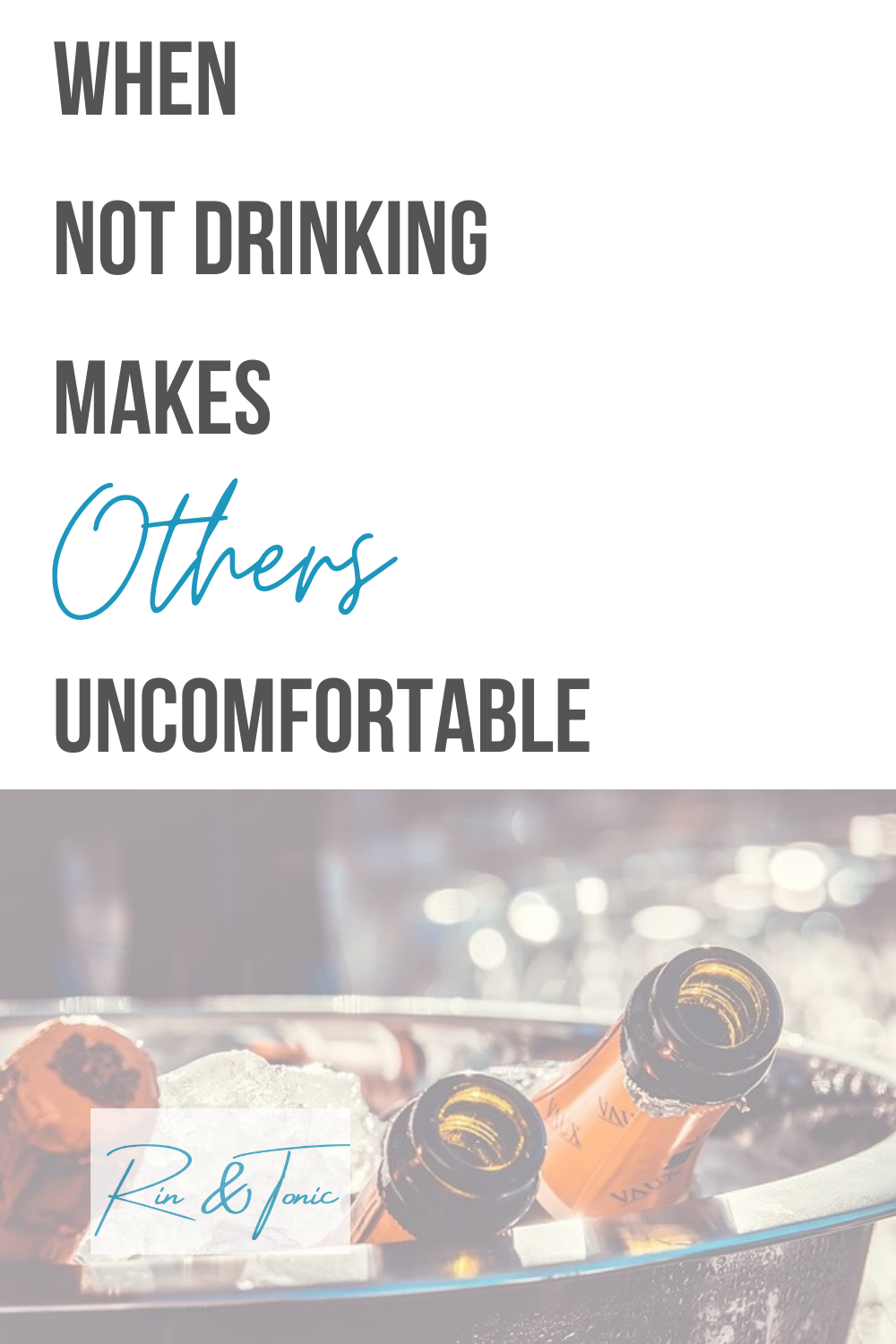 When I decided to stop drinking, I understood that coming as a shock to people who know me.

I had always been down for cocktails, wine, and drinking socially (and non-socially).

So, when I would meet up with people and the conversation of alcohol came up, it would be a needle scratch on the record moment when I would order a diet soda instead of a large glass of cabernet.

I expected this knee-jerk reaction from people who had ever spent any amount of time with me. It was a shock to their system in addition to mine.

Then comes the secondary questions:

“ARE YOU AN ALCOHOLIC?!” I prefer to not label it as such, but my relationship with alcohol was no longer working for me.

“WHY DON’T YOU JUST CUT BACK?!” Been there, done that. It didn’t make sense just to cut back.

“ARE YOU NEVER GOING TO DRINK AGAIN?!” I am not a psychic. If I could predict the future, I would have far more interesting insights than whether or not I’m ever going to slam another box of Rose again before I croak.

Then comes the main question most people have when they find out I quit drinking:

“IS MY DRINKING GOING TO BE A PROBLEM FOR YOU?!” No. But, is YOUR drinking a problem for YOU?

Because the truth is, the people who ask these questions — well-meaning as they may be –are confronted with an opportunity for self-reflection.

You are probably thinking, “that’s not true, I know I don’t have an issue with alcohol” — and I sincerely hope that you don’t.

But when people cannot wrap their heads around the fact that you are choosing not to drink alcohol, you have to wonder if a part of that is a projection of what alcohol means to them.

When people cannot wrap their heads around the fact that you are choosing not to drink alcohol, you have to wonder if a part of that is a projection of what alcohol means to them. #sobercurious #sobriety #noalcohol #alcoholfreeliving Click To Tweet

Well, because I used to ask the same questions of non-drinking acquaintances. And I always felt weird about drinking around them, because deep down, I knew they were making a brave choice that I was in no position to make yet for myself.

When not drinking makes others uncomfortable

I’ve been part of the flipped script. I know what growth and change in others can bring out of ourselves; it’s awkward. And what tends to happen next is that person doesn’t get invited out anymore or included, not because the assumption is that they won’t enjoy an event with alcohol, but because they are still making another person’s choice to not drink about themselves. And it sucks, but it’s not a bad thing, and I will tell you why.

It may be just a coincidence that once a person decides to give up alcohol that they start to drift away from certain friends and acquaintances. But as Deepak Chopra says, “I do not believe in meaningless coincidences. I believe every coincidence is a message, a clue about a particular facet of our lives that requires our attention.”

I believe that the message goes both ways when it comes to how others react to your decision to stop drinking. The reality could be that other people serve as co-creators and reflectors of what we put out into the world.

When discomfort occurs because of a shift in another person’s behaviour, we owe it to ourselves to ask the question “why am I uncomfortable?” and proceed accordingly.

Have you ever experienced this?