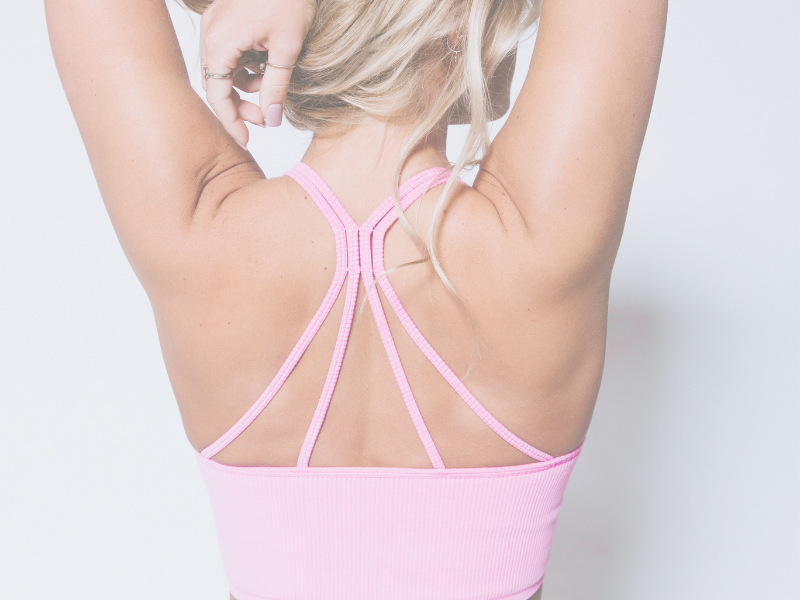 As a wellness professional, I encounter various forms of personal motivation regarding wellness and fitness. Some people want to be fit enough to run a half-marathon because it is something they have always wanted to do. Some people have specific health concerns and are advised to start a fitness regimen. And then some people come to me looking to “make their ex-significant other regrets the day they broke up with them” by getting a “revenge body.”

Any tabloid magazine, on any given week, will post a story about the “revenge body” of a celebrity who is going through relationship woes or bad times.

Khloe Kardashian was paid a bunch of money on her E! show aptly titled Revenge Body with Khloe Kardashian to assist people in obtaining a ‘revenge worthy’ physique, and I’m not the only person who thinks this show is terrible news.

I have a policy that I won’t work with individuals with body revenge goals.

Instead, I ask clients to focus on the power of a growth mindset, to have them take their desire for revenge and turn it into an exercise in self-compassion and forgiveness.

Why having a revenge body is a lousy motivator.

Simply put, working towards a revenge body infringes upon your innate ability to embrace healing.

Kevin Carlsmith, in a 2008 study published in the Journal of Personality and Social Psychology, discussed that by seeking revenge, we inflate the event or issue to a level of obsession, where it’s no longer something that can be “laughed about later.”

You’re willing to sacrifice your well-being to seek punishment for somebody else.

When a client comes to me with a goal not based on self-care, my concern is that the individual runs the risk of possible long-term consequences.

I am not making this claim based on speculation. I once sought to change my physical appearance after being called fat. Before it was a buzzword (I’m ageing myself here), when I was fifteen years old, I started a revenge body diet and exercise regimen, which turned into a fifteen-year battle with bulimia, anorexia, and binge eating disorder.

We see this scenario all of the time in the movies. An individual gets rejected, and soon after, their mission is to rise from the ashes and make this person regret their decision to abandon or hurt them. So, they falsely believe the best way to go about this is to become more physically desirable.

But what tends to happen in the end to our protagonists? They realise that they do not need nor desire to change for that person, and in sacrificing so much to ‘improve’ themselves, they understand that the individual wasn’t worthy of their affection and, ultimately, they are better off without them.

Why do these characters finally realise, within 90-minutes, that they need to accept who they are and be okay with it?

Because revenge inevitably brings us down to the level of the very thing we are fighting for and compromises our integrity.

As humans, one of our most compelling traits is our ability to forgive ourselves and others.

So, when we apply our actions to prove our worth or get one over others, we keep the pain associated with it alive and well.

We cannot heal and grow to our full potential if we are doing things for the benefit of needing to prove our worth to others.

For this reason, when I meet a new clients now, and it is clear that they are at a vulnerable and transitional point in their life, I ask them to reassess what is upsetting them and the areas of their life they should focus on strengthening.

LEARNING TO CONTROL WHAT YOU CAN

There are not many things we as humans control in our lives.

Revenge dieting and bodies, as well as the entire concept of improvement based on outside justification and approval, limit what control you do have over your present and future well-being.

It’s not the events of our lives that shape us, but our beliefs as to what those events mean.

We cannot control how people treat us or our decisions about who we are.

However, we can control how we respond to things and grow from the experience.

Breakups, for the most part, tend to be multi-dimensional events and, upon reflection, there is much more to their demise than how our partners feel about our bodies.

So my advice is this:   Focus on living the best life possible on your terms because you’ll be living well and if it still matters enough, living well truly is the best “revenge”.